Wow. It’s June. We’re halfway through 2017 already, and I haven’t been on the old blog in almost six months. So, what’s been happening in my little corner of the world?

The biggest news I can share is my science fiction novel – the one I’ve been working on for the past three years and counting – will not be traditionally published. On May 30, I received a rejection letter from the publisher I submitted my manuscript to way back in January. They said my novel is not right for them at this time. I’m both disappointed and relieved. This means I can self-publish as I had originally planned, and I won’t have to change a thing (except grammar mistakes) because the subject matter might not “be right” for the publisher’s audience. I’m currently waiting to hear back from a copy editor. Once the manuscript is polished and to my liking, the final book will be released into the wild. Hopefully, it’ll be done by the end of the summer, but that will depend on copy editing, formatting, and uploading everything to CreateSpace/Amazon.

Another big thing: my husband and I bought ten acres of land at the end of March. It’s a beautiful lot that backs up to a development, and it’s all forested, which means, once our new house is built, we’ll feel like we’re living in the middle of nowhere while still being a few minutes from our closest neighbors and the rest of civilization. We’ve already chosen the building site – in front of a lovely limestone ravine – and yesterday, we met with our builder and a draftsman to start working on house plans. This is a huge adventure for us, one I wasn’t sure we’d ever experience. It’s been fun, so far, with only a few minor hurdles to jump. We’ll see if it’s just as fun a year or so from now when we’re waist deep in construction. In the meantime, this is what we get to look at when we visit: 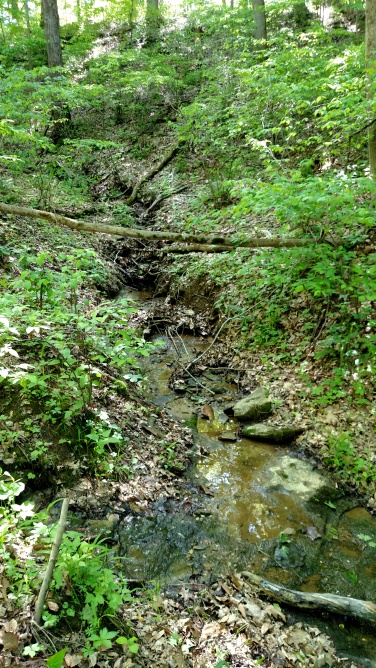 Besides not being traditionally published, my only other disappointment for the year is we’re not going to Great Britain for my birthday. The new property took a large chunk of our savings, and although we could still make the trip, I’d rather save the money and use it toward the new house. Plus, there’s a lot of uncertainty around relations between the United States and Europe. I’m not sure it’s the right time to be crossing the big pond. One day, we will cross it, and it will be glorious.

We may not be going to England, but 2017 will still be the Year of Travel. My family and I already spent Spring Break in Washington, DC, as these photos will attest: 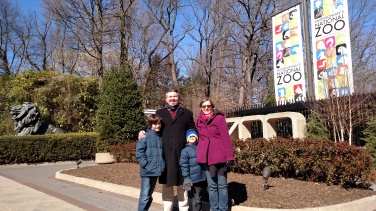 And in a couple of weekends, we’ll be back in DC to celebrate a cousin’s high school graduation. Next weekend is Creation Entertainment’s Once Upon A Time Convention in Chicago. Two of my best girlfriends and I will be attending the con together for a moms’ weekend away, cosplaying as Snow White, Regina, and Belle from the show. There will be panels and photo ops with the show’s cast. It’s going to be epic. And, of course, we have our annual family trip to Charleston, South Carolina in July.

Oh, I almost forgot. We got a new dog.

Our poor little hamster, Skye, passed away the day we closed on the new land. The boys were devastated and immediately wanted a new pet. Since we’d been talking about getting them a dog for a long time, we decided to take a look at our local animal shelter. There’d been no plans to bring home a puppy right away, but it just so happened little Chewie was at the shelter waiting to be loved. He’s a Chihuahua/miniature pinscher mix, eight months old, and feisty. I’ll be enrolling him in puppy school soon.

I think that catches you all up to what’s been happening at Chez Cook since January. Despite looking forward to some relaxation, it’s still going to be a very busy summer for me. I recently joined a local chapter of NOW (National Organization for Women) and hope to steer some of my frustrated-with-world-events energy into supporting causes dear to me, like reproductive justice. I’ll also be more involved in my sons’ school starting in the fall as I step into the role of vice president of the board of directors. And there will be Gen Con in August, and more sewing and writing throughout the rest of the year. Lots and lots of both, I hope. Perhaps more of the Golden Orb prequels will make their way onto the blog soon. I’ve been shopping them with my new writing group, and they’ve been well received.

But for now, I must go, because there’s a child’s birthday party and a high school graduation party to attend simultaneously. Fun times, ahead!

Have a great summer, dear readers! See you around the blog.

As always, thanks for reading.

Amanda Cook is a writer and stay at home mom who lives in a southern Indiana woods with her spouse, kids, and one clingy dog. In the Before Times (and sometimes even now), she could/can be found helping out with her kids' school, catching up on her toppling TBR pile, playing games with her friends, hanging out at virtual conventions, crying over period dramas, or sewing yet another cosplay. Her second novel, "When We Were Forgotten," was the winner of the 2018 Bronze Medal for Best Sci-fi/Fantasy/Horror E-Book from the Independent Publisher Book (IPPY) Awards. She writes short speculative fiction that can be found at various markets and here on her blog.